The following are details of the Budget Statement of 9 December 2009, as made by the Minister for Finance. The tables below outline the position for 2010….more >>

The limit of the exemption from income tax, which applies to rent, received, where a person rents out a room or rooms in his or her principal private residence, remains unchanged at €10,000.

The tax rates remain unchanged at 20% (standard rate) and 41% (higher rate). The table below sets out the tax rates and bands…..more >>

There is no change to the exemption limits for persons aged 65 …..more >>

Health expenses relief is granted at the standard rate with the exception of nursing home expenses, which continue to be relieved at the marginal rate.

For 2010, the effective rate of income tax for high earners availing of tax incentive schemes is to increase from 20% to 30% (plus PRSI and levies). The income level thresholds will be €125,000 (currently €250,000) with a full restriction applying at €400,000 (currently €500,000). Further curtailment and restrictions will be considered in the Finance Bill

An Irish domicile levy of €200,000 is being introduced on all Irish non-resident nationals and domiciled individuals where their worldwide income exceeds €1,000,000 and whose Irish located capital exceeds €5,000,000.

The rates and thresholds of the Income Levy remain unchanged.
Applicable from 1 January 2010…..more >>

Relief from the income levy will be allowed in respect of certain expenditure incurred by farmers to comply with the requirements of the EU Nitrates Directive 91/676/EEC.

Decrease in the standard rate
The standard rate of VAT will be decreased from 21.5% to 21% with effect from 1 January 2010. This decrease will apply to all goods and services, which are currently subject to VAT at 21.5%.

With effect from 1 January 2010 the margin scheme for second-hand goods will apply to the supply by taxable dealers of second-hand means of transport and second-hand agricultural machinery purchased or acquired in 2010…..more >>

Start-up Companies
The 3 year corporate and capital exemption scheme for start-up companies, introduced in 2009, has been extended to new start-up companies in 2010. This applies for the first 3 years of trading where the corporation tax liability does not exceed €40,000.

Alcohol & Tobacco Excise
There are no changes to tobacco excise…….more >>

The scheme of accelerated capital allowances for energy-efficient equipment for companies has been enhanced to include 3 new categories of equipment – refrigeration and cooling systems, electro-mechanical systems and catering and hospitality equipment.

€36m is to be allocated to an Employer Job Incentive Scheme which will provide PRSI exemptions to encourage employers to recruit employees currently unemployed. 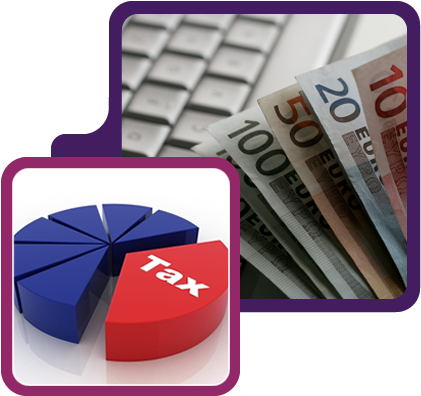